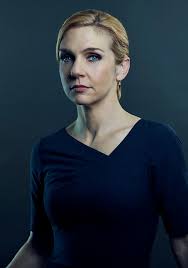 I stumbled on AMC’s cable series “Better Call Saul” at the behest of my editor. Thanks to her suggestion, I discovered a vein of gold. The acting is superb, but the writing carries the show. There is such a potpourri of excellent scripts on cable. Surely, this has to be a golden age of sorts for cable television. Put aside the dross of phony “reality” TV shows available on network and cable alike and think about top-notch scripts written for viewers who like to think about what they’re watching. The icing is the fact that you can’t find better acting than what happens on shows like “Better Call Saul.” Having originally skipped seeing “Breaking Bad” (more about that in another posting) my curiosity got the better of me and I sampled “Saul” (a prequel involving two of the main characters from the “Breaking” saga). My guess is that Vince Gilligan, major creative force of both shows, liked what he saw in actor Bob Odenkirk’s portrayal of flawed lawyer Jimmy McGill/aka/Saul Goldman, and decided to give him his own backstory. Glad he did. Everything clicks: the titles, the music, the photography, the acting and writing. Not to take anything away from the cast but the show belongs to actress Rhea Seehorn, who plays conflicted lawyer Kim Wexler. In turns a brilliant legal mind, faithful forgiving lover, caretaker and independent woman in the profession’s “Take no prisoners” arena, Seehorn manages to be witty, sexy and strategic…save when “Saul/McGill” is involved. As an actress Seehorn has her character’s facial “tells” down perfectly. She deserves to mine gold in a series of her own. Are you listening, Vince Gilligan?